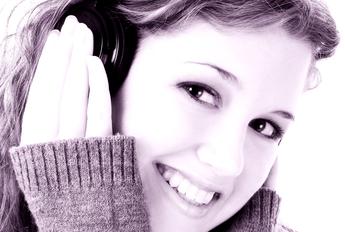 Attention-Deficit/Hyperactivity Disorder (AD/HD or ADHD), was formerly known as ADD.  I use the terms AD/HD, ADHD, and ADD interchangeably.  ADHD is a common genetic condition.  It is one of the most commonly inherited human conditions.  A central problem is the inability to hold one's focus, if something is not stimulating .  People with ADHD can focus, but unless the subject is interesting, exciting, new, or there is a deadline, then their ability to hold their attention is very difficult.  That is why kids can play computer games for hours but have trouble spending 20 minutes on an English or a Math assignment they find dull or boring.  A person with ADHD can often have good grades in subjects in which they are interested, but poor grades in subjects they don't like.

There has much debate about the validity of ADHD in the past.  But as one who suffers with the disease myself, I know how very real and challenging ADHD is.  For those who don't have the condition, it is hard to understand.  It looks so simple, "just do it."  But getting started, staying on task and following through can be very difficult.  If your child is struggling in school or an adult is struggling with their job, getting an evaluation for ADHD can be very helpful.  If one has that condition, treatment is usually rapid and very effective.​

There are three types of ADHD. Hyperactive/Impulsive, Inattentive, and Combined.  There may be other subtypes, but they have not been officially recognized.  Let's look at each of these types in more detail.

Hyperactivity and Impulsivity is the typical type we think of when we think of ADHD.  These are people who have a hard time Sitting still for longer periods of time, Fidget, may Talk Excessively, Blurt out answers, and Interrupt or Intrude on others conversations.  It is often associated with Inattentive symptoms.  Hyperactive/Impulsive ADHD is twice as common in boys as girls.

Inattentive ADD (technically Inattentive ADHD despite there being no hyperactivity) is a surprise to most people.  Theses people are not necessarily hyperactive or impulsive (despite hyperactivity being in the name).  Their symptoms are: Easily Distracted, Forgetfulness, Losing Things, Making Careless Mistakes, Difficulty Sustaining Attention, Procrastination, Failing to Finish Projects, Poor Organization, and "Zoning Out" (not seeming to listen when spoken to directly).  Inattentive ADD is twice as common in girls as boys.  Since there is no hyperactivity, it is often overlooked or seen as "laziness", "uncaring" or "unintelligent".  When properly treated, I have witnessed many children grades going from Ds and Fs to As and Bs!

If a child is frustrated or discouraged with their lack of performance, have them evaluated of Inattentive ADD.

Having both Hyperactive/Impulsive and Inattentive Symptoms.  This is a very common presentation for ADHD and causes much dysfunction in school and home life.

Most adults who had ADHD or ADD as a child carry symptoms into adulthood, but were often never diagnosed in childhood.  Most adults lose the hyperactive symptoms, but retain the inattentive symptoms.  If you, as an adult, are forgetful; have trouble finding your car keys, cell phone or wallet in the mornings; find it hard to stay seated in meetings, frequently run late; have several unfinished projects around the house; put off projects until the last minute; and/or "pile" rather than "file" papers, you may be suffering with Adult ADD.  Seek an evaluation.  You may be shocked at how your job performance and family life improve!