Eight studies have shown that genetic testing has almost no ability to determine which medication is best for you. The causes of Depression stem from more than just genes.

2.  Insidious onset and resolution of depression.

4.  Loss of appetite and weight loss when depressed.

5.  Rapid and enduring response to SSRIs. 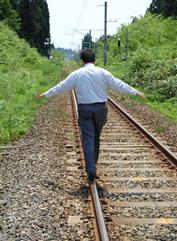 What Type of Depression is it?

Depression is the most common cause of disability in both the United States and the world.  In most studies, Depression causes more morbidity (suffering, impairment) than any other medical condition.  In the landmark STAR*D trial, where patients were treated in a real world setting, of the 3,707 people in the study, researchers found 1,030 sub-types of Depression!  And 500 of these people had their own unique subtype!  That is why SSRIs have limitations.  They get about 1/3 of people well, but leave the remaining 2/3 with symptoms.  Two studies have shown that if you have any remaining symptoms, you relapse five times faster!  Depression also greatly increases your risk of physical illnesses, especially cardiovascular disease (Heart Attacks and Strokes).  Depression can increase inflammatory factors in your body and make other conditions worse.  So getting fully well and staying fully well is vital to your whole body health.

Bottom Line:  you must have a proper evaluation and proper follow up to be certain you are receiving proper treatment. Anything less puts you or your loved ones at great risk.